This collection gathers together every short story featuring one of Agatha Christie’s most famous creations: Miss Marple. Described by her friend Dolly Bantry as “the typical old maid of fiction,” Miss Marple has lived almost her entire life in the sleepy hamlet of St. Mary Mead. Yet, by observing village life, she has gained an unparalleled insight into human nature – and used it to devastating effect.

As her friend Sir Henry Clithering, the ex-Commissioner of Scotland Yard, has heard to say: “She’s just the finest detective God ever made” – and many Agatha Christie fans would agree

The Lost and Forgotten Languages of Shanghai – Ruiyan Xu 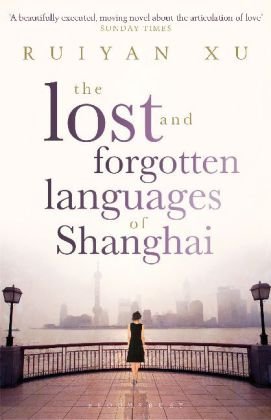 When an explosion reverberates through the Swan Hotel in Shanghai, it is not just shards of glass and rubble that come crashing down. Li Jing, a successful and happily married businessman, awakens from brain surgery to find he is able to utter only the faltering phases of English he learnt as a child – a language that his wife Meiling and their young son cannot speak.

When an American neurologist arrives, tasked with teaching Li Jing to speak fluently again, she is as disoriented as her patient in this bewitching, bewildering city. As doctor and patient grow closer, feelings neither of them anticipated begin to take hold – feelings that Meiling, who must fight to keep both her husband’s business and her family afloat, does not need a translator to understand.

By The Pricking of My Thumbs – Agatha Christie

When Tommy and Tuppence visit an elderly aunt in her gothic nursing home, they think nothing of her mistrust of the doctors; after all, Ada is a very difficult lady.

But when Mrs. Lockett mentions a poisoned mushroom stew and Mrs. Lancaster talks about “something behind the fireplace,” Tommy and Tuppence find themselves caught up in a spine-chilling adventure that could spell death for either of them…

Mrs. McGinty died from a brutal blow to the back of her head. Suspicion falls immediately on her shifty lodger, James Bentley, whose clothes reveal traces of the victim’s blood and hair. Yet something is amiss: Bentley just doesn’t seem like a murderer.

Could the answer lie in an article clipped from a newspaper two days before the death? With a desperate killer still free, Hercule Poirot will have to stay alive long enough to find out…

A Walk Across the Sun – Corban Addison

When a tsunami rages through their coastal town in India, 17-year-old Ahalya and Ghai and her 15-year-old sister Sita are left orphaned and homeless. As they struggle to make sense of the wreckage of their lives, they are abducted by human traffickers and thrust into a hidden world of sexual violence and illicit commerce, where the most valuable prize is the innocence of a child.

Halfway across the world, in Washington D.C., an attorney Thomas Clarke faces his own personal and professional crises. Haunted by the tragic death of his infant daughter and estranged from his wife, he pursues a pro bono sabbatical in India with an NGO that targets the sub-continent’s human traffickers. In Mumbai his conscience awakens as he sees firsthand the horrors of the sex trade and the corrupt judicial system that fosters it. When he learns the fate of Ahalya and Sita, Clarke makes it his personal mission to rescue them, setting the stage for a deadly showdown with an international network of ruthless criminals. 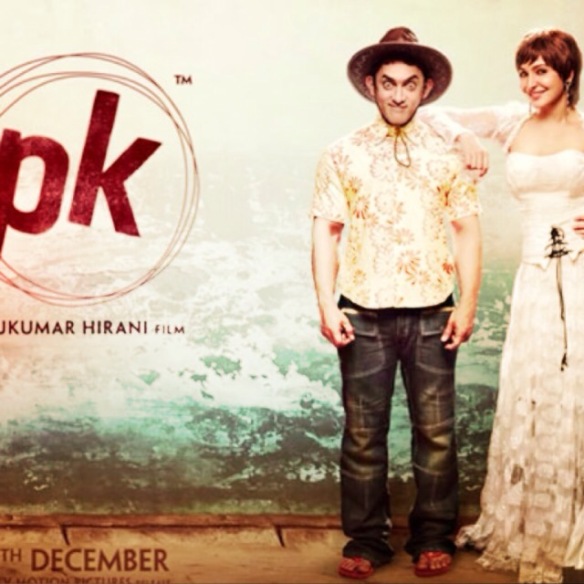 Just saw the movie PK. An amazing movie, was very different from the run-of-the-mill hindi film!

The movie in short – P.K. is an Alien who comes to earth to find life as people on his planet also thinks that there is life on earth. He lands in Rajasthan completely naked and as innocent as a new born babe and immediately somebody steals the pendant which he wears as a necklace and which he needs to contact his spaceship to return home. He starts his search and in the process meets Jaggu aka Jagat Janani (Anushka Sharma), a TV reporter who lives apart from her family due to a failed relationship with a Pakistani grad student Sarfaraz (Sushant Rajput) in Belgium plus her disbelief in the god man Tapasviji (Saurabh Shukla) her family believes in.

PK’s experiences in earth are to put it mildly hilarious and the premise of the movie – on how these god men use their charisma and our need for an anchor in god as an excuse to make money out of us, will make you think deeply and perhaps start questioning organised religion.

The climax was superb and the questions raised by PK throughout the movie are pertinent and spot-on!

Boman Irani as Anushka’s boss and Sanjay Dutt as PK’s Rajasthani were excellent. Ranbir Kapoor as the next alien who comes for more research perhaps hinted at a sequel, one that i will definitely go see!

The theatre was not full but we could see people laughing aloud many times. We saw this film as a multi-generational family – me, my kids, my mum and helper and every single person enjoyed it. In short a poora paisa vasool movie! So go and see it!!